The Department has over time mainstreamed consultancy services which are provided in the following areas: Acute toxicity testing of new pesticides, Drug efficacy trials, toxicological analysis of feed samples, microbiological analysis of food, water and feeds, mycotoxin analysis, slaughterhouse design and construction, field surveys among others.

Through the foundation, UoN seeks to strengthen the contributions of the University to regional and national…

END_OF_DOCUMENT_TOKEN_TO_BE_REPLACED 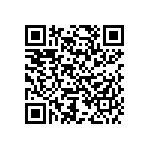