The material culture of nearly every civilization throughout the world is based more on plants than on animals. The people of the earth have long depended on plants for food, clothing, shelter, transportation, medicines, rituals and traditions. With their vast factories of chemical diversity, plants produce food and medicines by combining atmospheric gases, sunlight, water and minute quantities of inorganic nutrients. Indeed the crucial difference between the two life forms is that the plants produce while animals consume.

The food chain of animals, including people, ultimately reaches to the vegetation source. Diet often determines the behaviour, activity level, migration pattern and lifespan of every human being. In this sense, we are what we eat. Beginning as fruit and vegetable gatherers, pre-historic humans slowly learned to cultivate plant species by systematically growing and harvesting edible fruits and nuts. The development of agriculture is a relatively recent phenomenon in human history. Modern agriculture techniques, including agrochemical and new genetic varieties of cereals and other crops, have contributed immensely in increasing the feeding and raising the nutritional profile of the world’s growing population. However, in the process, people have lost both the traditional varieties of crops and the lifestyles associated with the traditional ways of agriculture.

People, moreover, rely on plants for much more than food and shelter. The plant kingdom helped meet the health needs of humans when no synthetic medicines were available and no concept of surgical management existed. Even today almost 25% of all prescribed medicines in the developed world contain ingredients derived from medicinal plants. The world has witnessed growing scientific and commercial interests in medicinal plants, mainly due to their immense economic potential and the widespread cultural acceptability of plant-based products. An inventory of medicinal plants compiled by the World Health Organization (WHO) on the basis of literature from 91 countries, including the classical Indian texts and Unani medicines, lists 21,000 species of medicinal plants. According to Pharmacognosist Norman Farnsworth of the University of Illinois, USA, there are 89 plant-based drugs currently prescribed in the industrialized world. According to WHO researchers, about 80% of the 5 billion people in the developing world rely on herbal remedies for their basic health care needs.

More than 25,000 species of higher plants differ not only inform but also in biochemistry. The amazing richness and diversity of chemicals in the plant kingdom make a particular species of plant fit or unfit as food or medicine.

Human beings, who have interacted and depended on plants for tons of time, have acquired a great deal of knowledge about the plant world. Through trial and error, traditional medical healers and folklorists, for example, have learned to distinguish plants that have therapeutic actions from plants that are toxic or even ineffective. 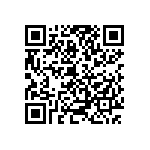