Adaptation Measures to Mitigate the Impacts of Climate Variability among Pastoralists in Kajiado, Kenya

Climate change and variability has direct and indirect effects on pastoralism through its effect on natural resources including water and pastures that support livestock production in pastoral areas.

This study was conducted in Kajiado County where pastoralism is the main source of livelihood.

Maasai pastoralists to mitigate impacts of adverse climate events including flooding and drought. A

(NDMA), 2 Department of Agriculture and 8 Departments of Veterinary Services and Livestock

Production) were conducted during the data collection period.The findings showed that drought

pastoralists. The adaptation measure which were frequently implemented by pastoralist during

flooding was livestock vaccination and mass treatment of sick livestock (Z>1.96) while the most

livestock to search for water and pasture (Z=1.51) and livestock vaccination and treatment of

inadequate number of technical staff within the county.The study has shown that climate variability

has significant impact on sources of livelihood for pastoralists who in turn are implementing several adaptation measures to mitigate the effects of climate change and variability.

on supporting resilience of the vulnerable pastoral communities and that could further assist infighting the negative impacts of climate change and variability.

Through the foundation, UoN seeks to strengthen the contributions of the University to regional and national… 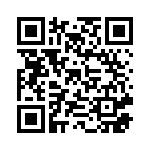